Thanassis Kotaras was born in 1973 in Diassela, Ilia. He is an economist: he graduated from the University of Piraeus’ Department of Economics and completed his post-graduate studies in the University of Peloponnese’s Department of Political Science and International Relations, specializing in Global Political Economy. He was an ACCI (Athens Chamber of Commerce and Industry) executive, where he worked from 2005 to 2019.  From 2014 to 2017 he was a member in the Athens Development & Destination Management Agency’s (ADDMA S.A.) Board of Directors, established by the Athens Municipality. Moreover, from 2007 to 2008, he was the Office Manager for the Minister of Tourism Development and, in 2009, the Office Manager for the Minister of National Education and Religious Affairs. In the past, he was employed in the Accounting Department of Emporiki Bank, in the Olympic Airways, in ETVA (Hellenic Industrial Development Bank); he was also a co-founder in a Business Consultants company and a BoD member in Societes Anonymes in the sectors of food and energy services provision.  Fluent in English and French. 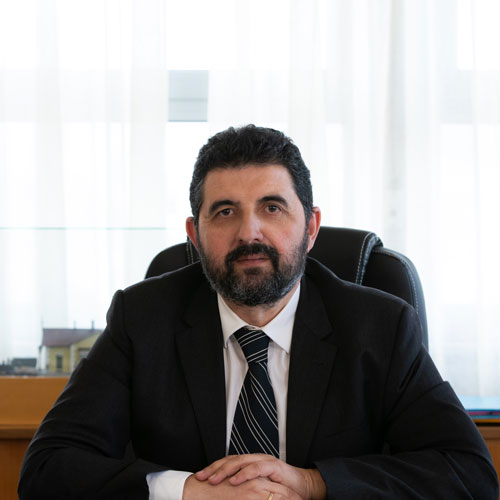